Boise North End is a beautiful place that offers quiet streets with timeless charm. This quaint location showcases a variety of home designs from historical homes to modern, from Queen Anne homes to Tudor Revival, and everything in-between. There is never a home that is like the other. Each home here tells a beautiful tale of how it strongly won over a devastating decline and threatened to become a slum area following World War II until the 1960s. This now picturesque location features many tree-lined streets creating a canopy that shades the pedestrians and motorists from the harsh sun, and is the result of the great minds that helped rebuild the neighborhood.

Boise North End has now become a premiere location with a handful of different neighborhoods designated as Boise Historic Preservation District. Harrison Boulevard, home to many historically registered homes, is a true testament to the era. The Boulevard has withstood time with beautiful architectural home styles that line the streets. Hyde Park is home to local commercials and businesses and has many charming restaurants.

This Boise North End is also home to some great parks as well. One of them includes the famous Camel’s Back Park. It is one of Boise's most loved parks that features hiking, mountain biking, tennis, picnics, beach volleyball and much more. It is home to the Hyde Park Street Fair, known as the “big neighborhood picnic” held every September that has over 40,000 in attendance over the weekend. It is also the location for the start and the finish line of duathlons and a great viewing point for star gazings, and even kite flying. It is also the gateway to the Hull’s Gulch Reserve and the Boise Foothills. Boise North End is just a few minutes from Downtown Boise, which provides easier access to many more restaurants, shopping centers and specialty shops.

When it comes to education, the North End is close to some high ranking schools as well. This historical place will continue to be a very charming piece of Boise, and a highly desired neighborhood for many years to come. Start searching for your Boise North End home at www.ownboise.com 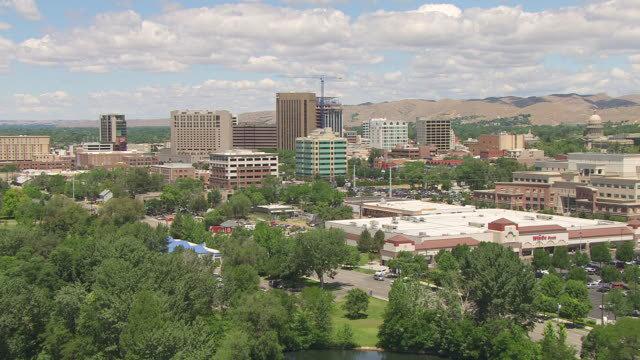